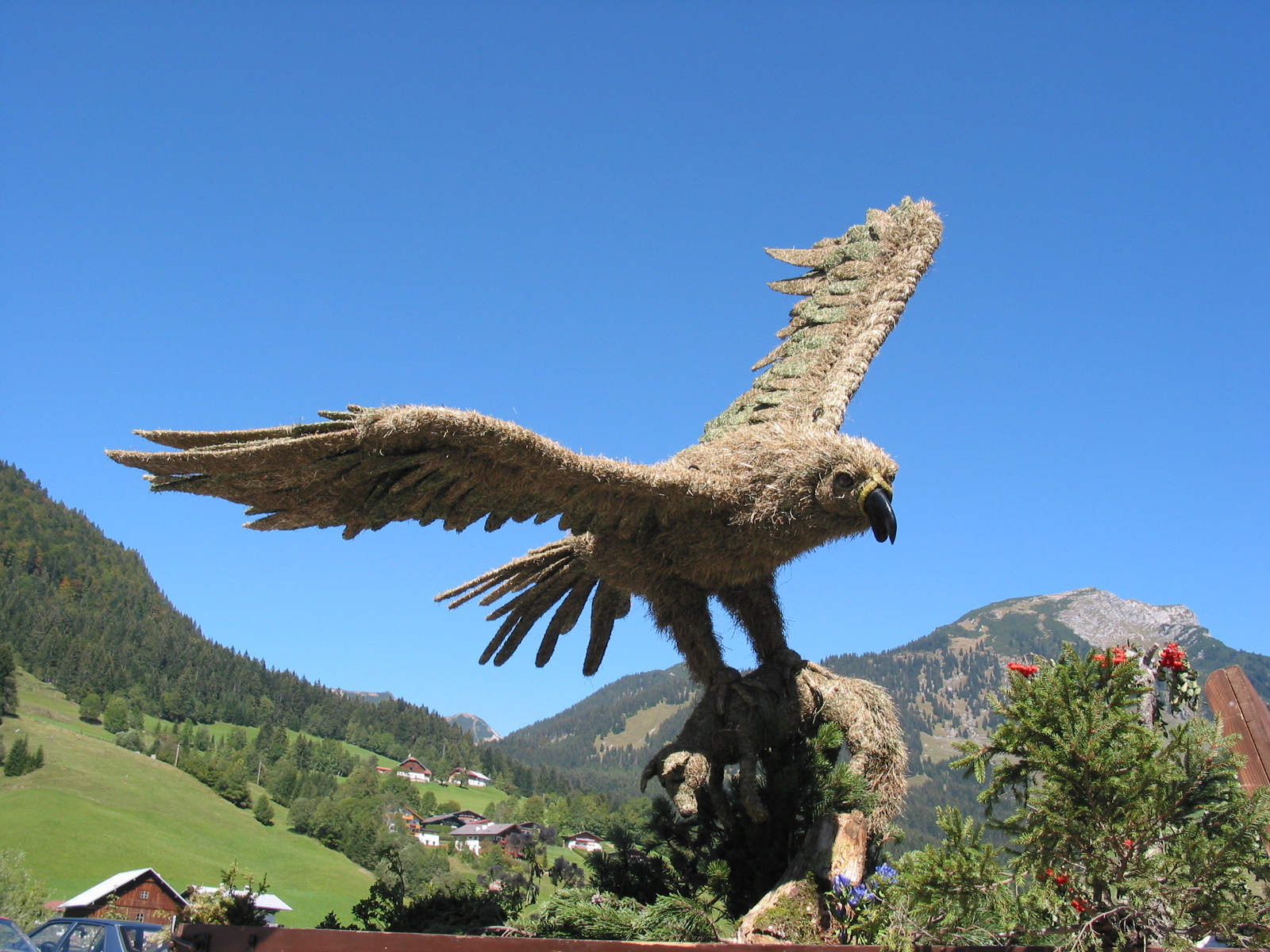 HeuART Festival Lammertal – 2020 in Annaberg! CANCELLED!
Due to the current circumstances the HeuART-Festival 2020 is cancelled. The 20th anniversary will be celebrated in Annaberg on September 05th 2021 – celebrate with us!
Every year in autumn a special festival takes place in Salzburger Land. Artists process more than 1 ton of hay into incredible works of art which are presented at the world’s largest hay sculpture parade as part of the Lammertal HeuART Festival.

10.00-17.00 Traditional handicraft and pleasure market
11.00 a.m. World’s largest hay figure parade
from 13.00 Musical entertainment at the various club stands and tents
13.30 Concert of the Trachtenmusikkapelle Abtenau
15.00 hours Award ceremony for the hay figures
15.30 End of the HeuART week with music